Situated in the centre of Southern Africa, landlocked Botswana has Namibia, South Africa, Zambia and Zimbabwe as its neighbours. With the exception of the eastern part where the summer rainfall is slightly higher, the vast open desertscapes of the Kalahari make up the majority of Botswana and is predominantly semi-arid. The Okavango Delta, one of the Seven Natural Wonders of the World, is a magnificent wetland bordered by the Kalahari. Historically Botswana is one of Africa’s outstanding success stories. Prior to independence in 1966, it was one of the world’s poorest countries and an unexplored land only visited by hardy adventurers. Botswana then embarked on innovative and proactive ways to encourage tourism, now the second largest export sector after diamonds. The country’s leaders took the view that high quality, low-volume tourism was the best way to create a sustainable industry that would employ a large percentage of its people while still preserving the environment.

The Okavango Delta is one of the largest inland delta systems in the world, an area of 16 000km2 (6 000m2) filled with water channels, lagoons and islands. Each year, floodwaters flow into the Delta from their catchment areas in the moist Central African highlands of Angola over 1 000km (620miles) away to create the miracle that is the Okavango. The floodwaters continue to feed the river system well into the dry season.

Here, Moremi National Park and the Khwai Concession form part of the many conservation areas that make up the Okavango Delta. Both are easily accessible from Maun via a short scenic flight, (optional extra) over the shimmering Delta waterways or by road in one of our game vehicles.

In the north-east of the country, the Chobe, Savuti and Linyanti Reserves are renowned for their predators and large concentrations of game, particularly along the Chobe River in the dry season. Most guests fly in, directly, or start or end their safaris in Victoria Falls in Zimbabwe (an hour’s drive from the Botswana border near Kasane). The combination of these three northern reserves offer a wonderfully diverse safari experience.

South of the Okavango Delta and dominating central Botswana, the five million-hectare (12 million-acre) Central Kalahari Game Reserve is one of the biggest protected areas in Africa, its diverse wildlife and wonderful scenery offering a striking contrast to the rest of the country. The Kalahari is the largest unbroken stretch of sand in the world and at its core is the Central Kalahari Game Reserve, a vast flat expanse of scrub-covered fossil dunes interspersed with ancient river valleys. This area is home to a fascinating spectrum of very different plants and animals that have successfully adapted to living in such a harsh environment. 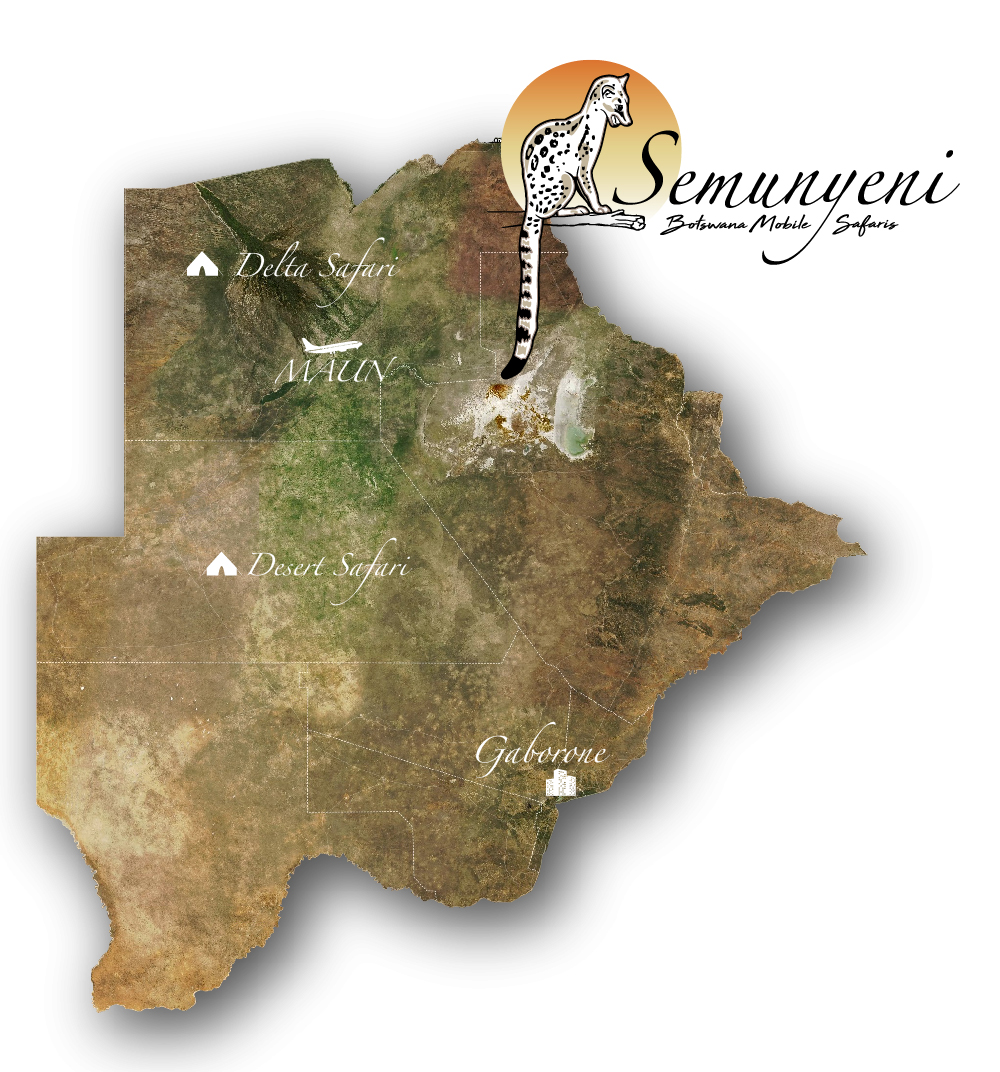 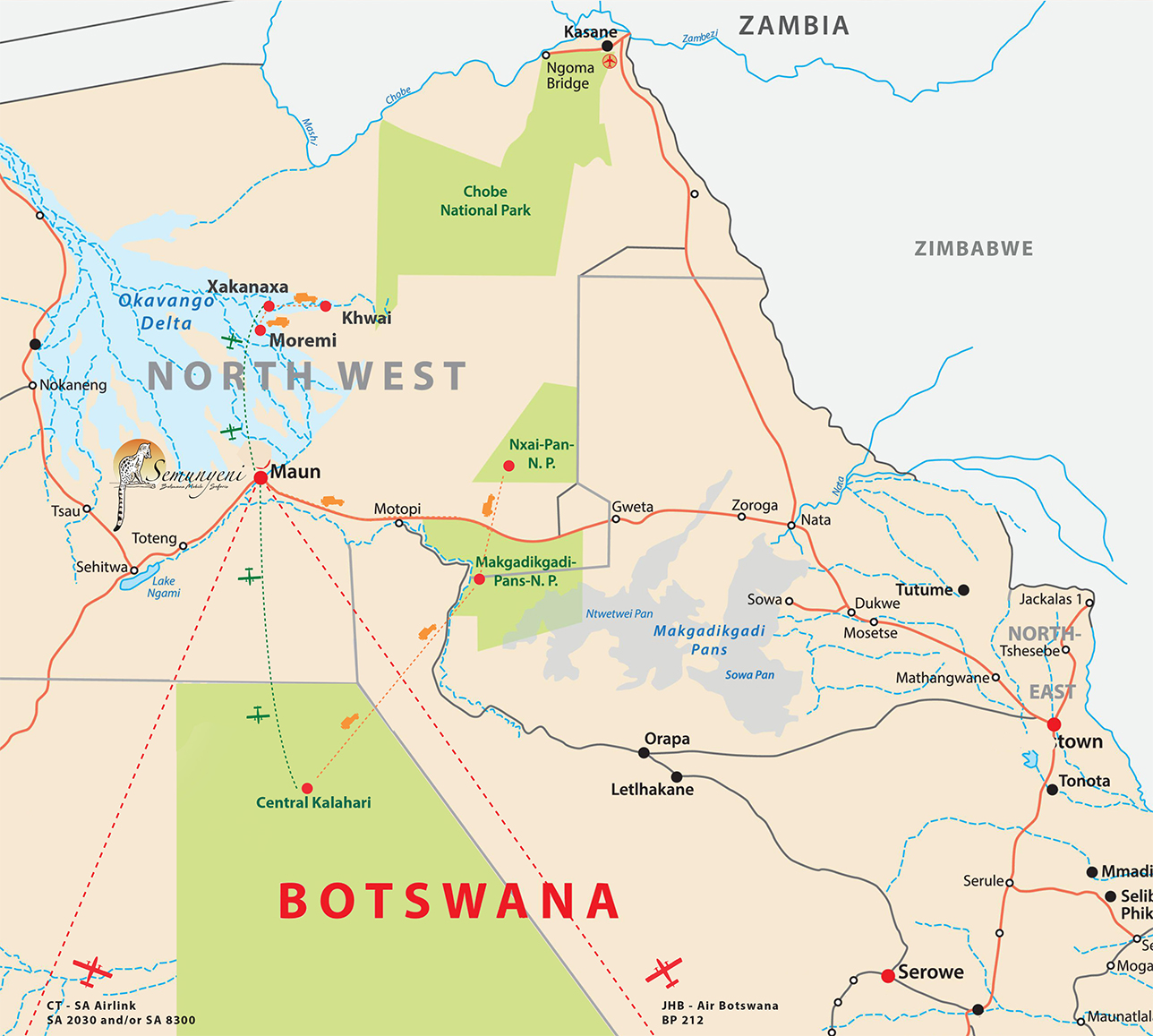 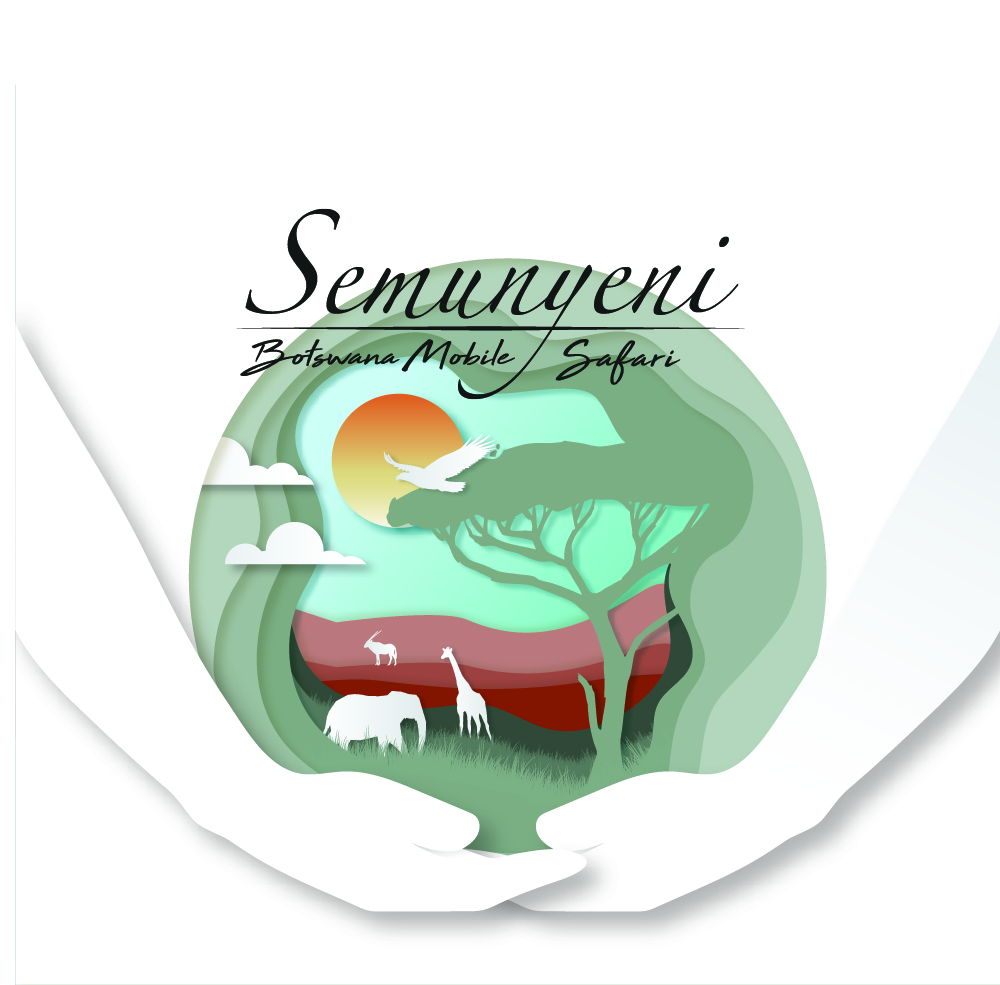 PLEASE FILL OUT THE FORM BELOW.   ALL FIELDS ARE REQUIRED UNLESS STATED OTHERWISE.   SELECT YOUR PREFERED PACKAGE.   ALL DESTINATIONS ARE BOOKED IN A NATIONAL PARK USING THE OLD PEN AND PAPER BOOKING SYSTEM, THIS IS WHY WE ASK FOR 3 DATES AS YOUR PREFERED DATE MIGHT NOT BE AVAILABLE.
SEMUNYENI T&C's,      Proof of Nationality will be required to Qualify for SADC rates and needs to be presented upon booking